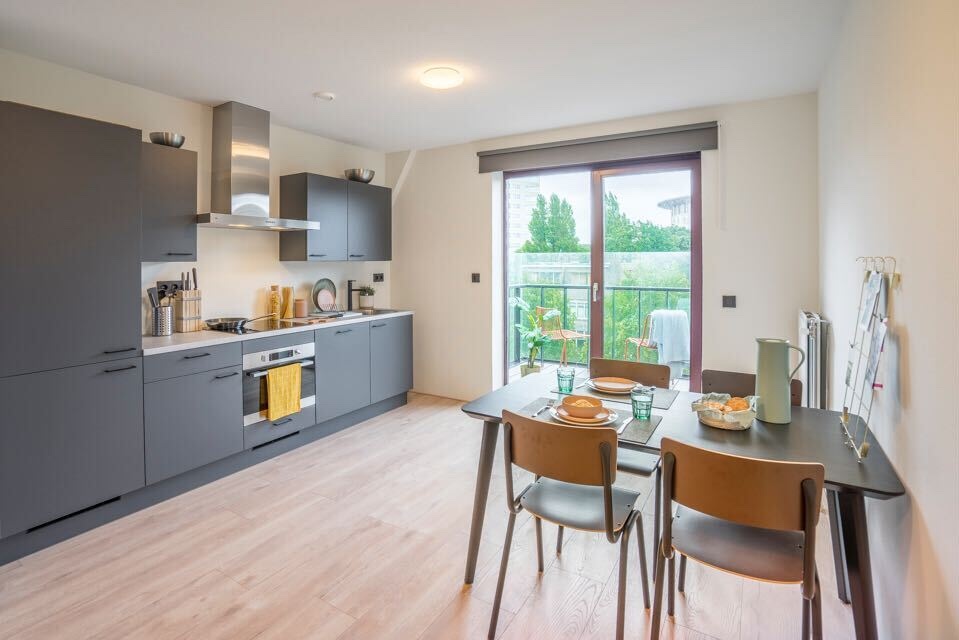 Provada, RAI Amsterdam, June 14, 2022 - Habyt, the global international co-living operator and market leader is at its maximum occupancy rate in the Netherlands. The half a thousand residential units spread across Amsterdam, Rotterdam and The Hague are fully occupied, seeing a 24 hours turnover rate. The company is increasing its expansion focus, opening up to new real-estate investors to operate residential and commercial buildings.

The demand for affordable, fully-equipped residential units in Dutch and European city centers is at its highest. Especially among young professionals between the ages of 20 to 35 - Habyt’s primary members. Many are expats and digital nomads, who value being part of the tight-knit international community the company brought together, and enjoy the flexibility of the co-living model. With an all-inclusive competitive price that includes all costs, the comfortable, fully-equipped apartments are nested in cities’ prime locations, offering amenities that suit tenants' common lifestyles and needs.

As Habyt is expanding further in the Netherlands, the company recently appointed Jan-Willem Buissant as Expansion Manager for the Benelux market to supervise the current projects and further expand the company’s portfolio in the region.

“As we are constantly operating at full occupancy, we are looking for existing buildings and new developments to operate. In the second half of this year we are launching projects in Madrid, Frankfurt and Berlin, but have just signed several lease contracts for large-scale developments in the Netherlands, including one on Rotterdam's sought-after Blaak,” says Habyt's newly appointed Jan-Willem Buissant, Expansion Manager Benelux.

Habyt is opening three projects from its signed pipeline between 2023 and 2024 - two projects in Rotterdam with 200 residential units in total, and a project in Leiden with 214 rooms.

"For Institutional investors who are searching for stable cash flow and long-term lease contracts, co-living has become a new asset class to invest in,” says Lasse Haarstark, VP Global Expansion. "The essence of Habyt's relationship with landlords, is to generate predictable income that fits their long-term investment horizon and realize projects that fit the needs of residential markets in major metropolitan cities, fully in line with local regulations."